Casino games have been a huge source of interest and enthusiasm for many ace casino gamers most of whom make good money from casino gaming and they know their games thoroughly.

Few of the popular poker tournaments coming up this season are:

The Borgata Spring Poker Open (WPT Championship) is already on the go with the events having started from April 14. This event is supposed to continue till May 1st. The event is taking place at the Borgata Hotel Casino & Spa. In totality 23 events will take place.

Another fun filled poker tournament that has just started is the 2015 Partypoker WPT Playground Spring Classic from April 19 to May 6 at the Playground Poker Club. Adorned with a huge number of events this poker tournament is surely going to grab a lot of attention from the avid poker players. Additionally, the cash prizes to be won are pretty hefty.

World Poker Tour has already announced the dates for the Season XIV which is to debut in May 1, 2015. The season is supposed to celebrate its beginning at Montreal.

The Aussie Millions is another popular Poker Tournament/Championship which features a long list of tournaments to be held at the Melbourne based Crown Casino. This is one of the prime events and the prize pool comprises of a whooping A$7 million. The authorities have already mentioned the dates for their 2016 tournament series from January 13 to February 1. This is the 18th consecutive time in a row that this event will be hosted at Crown Melbourne. The Main Event will culminate into a huge celebration with the prize money amounting to $10,600 million in Australian currency.

In Harrah’s Cherokee, the dates are set for WSOP, eleventh circuit event between July the 29 – 31. This is the gold bracelet event with amazingly huge prize money. Featuring $200 million in prize money, WSOP 46th Poker Tournament is deemed to begin from May 29. This season there will be almost 11 new events for the players to enjoy. 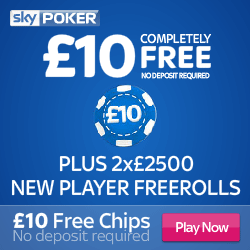